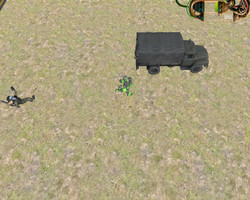 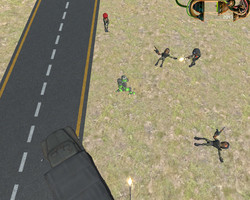 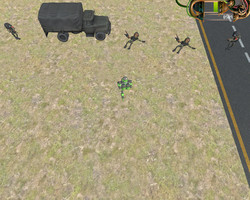 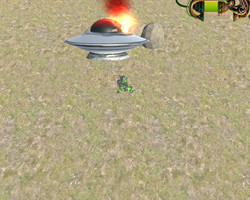 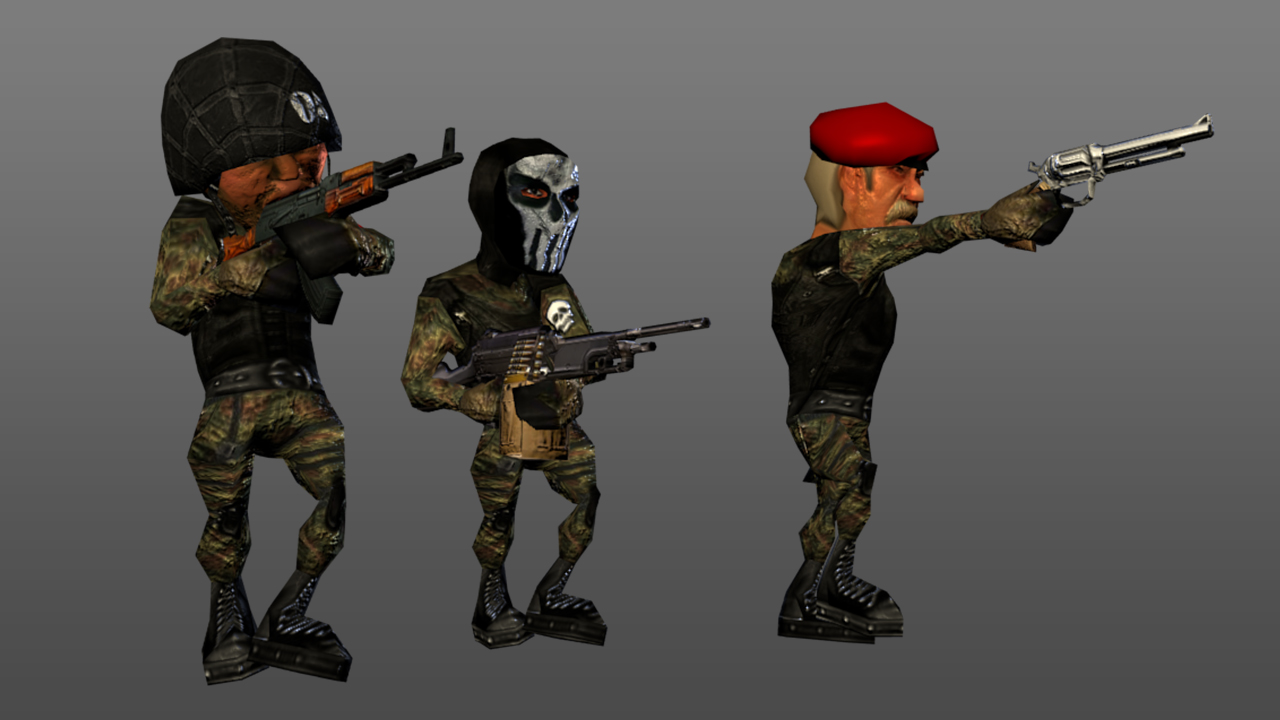 Alien Crash is a top-down shooter game, where you play as an alien who crashed on earth. There 3 different enemies that you have to here: 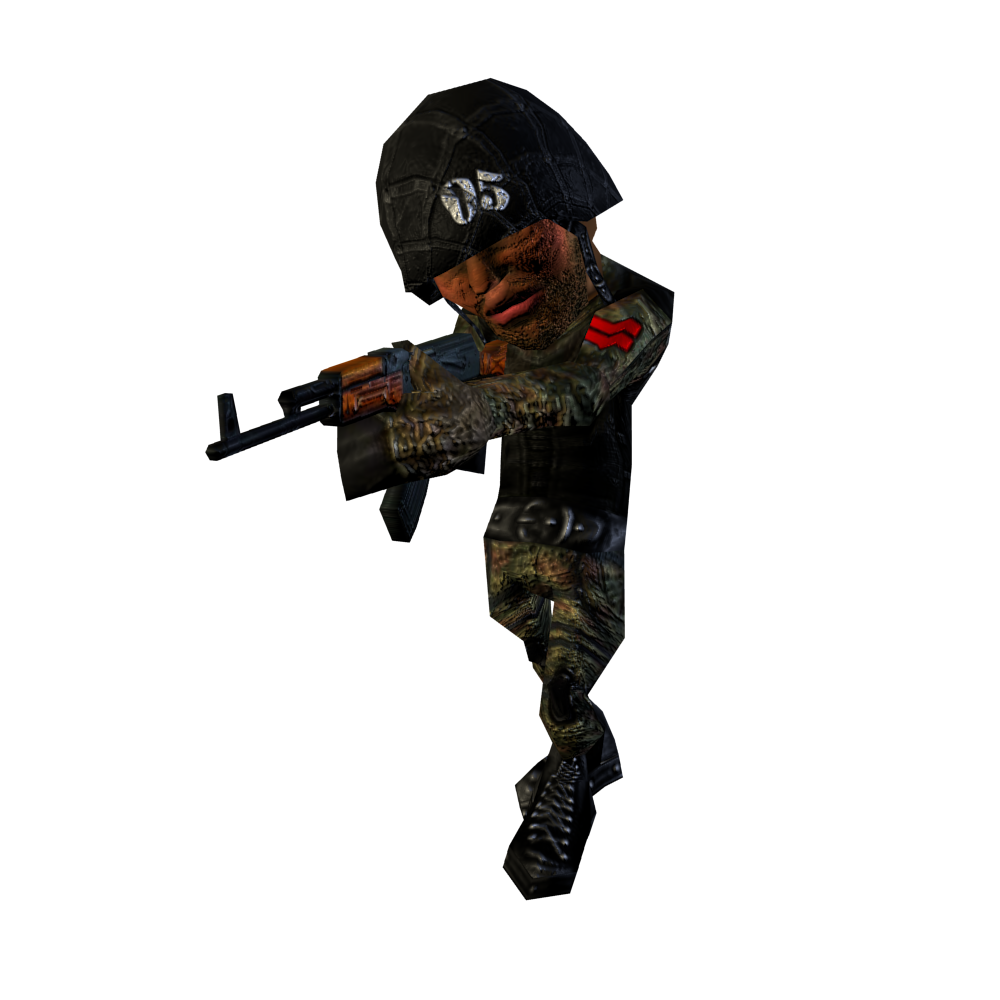 This is just a regular soldier carrying an AK-47. Their move speed is normal, the rate of fire is is 1-2 sec per shot, the hit point is about 30 - 40 which is pretty easy to deal with. 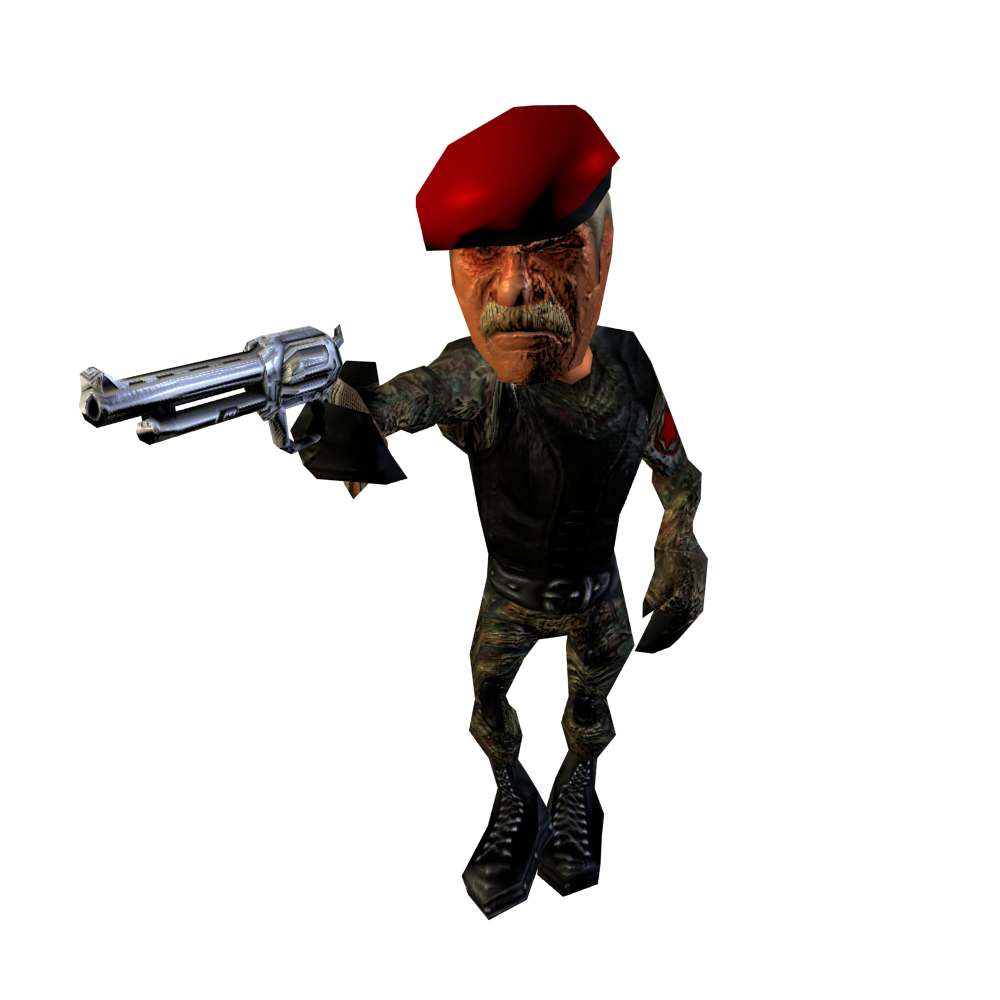 This is a commander type of unit, he carrying a revolver, their rate of fire is slow it's about 3 - 4sec a shot, but their movement speed is pretty fast. You have to watch this guy so he's not gonna shoot you in the back. The hit point of this unit is pretty weak, it's about 15 - 20. He should be easy to kill if you can spot him first. 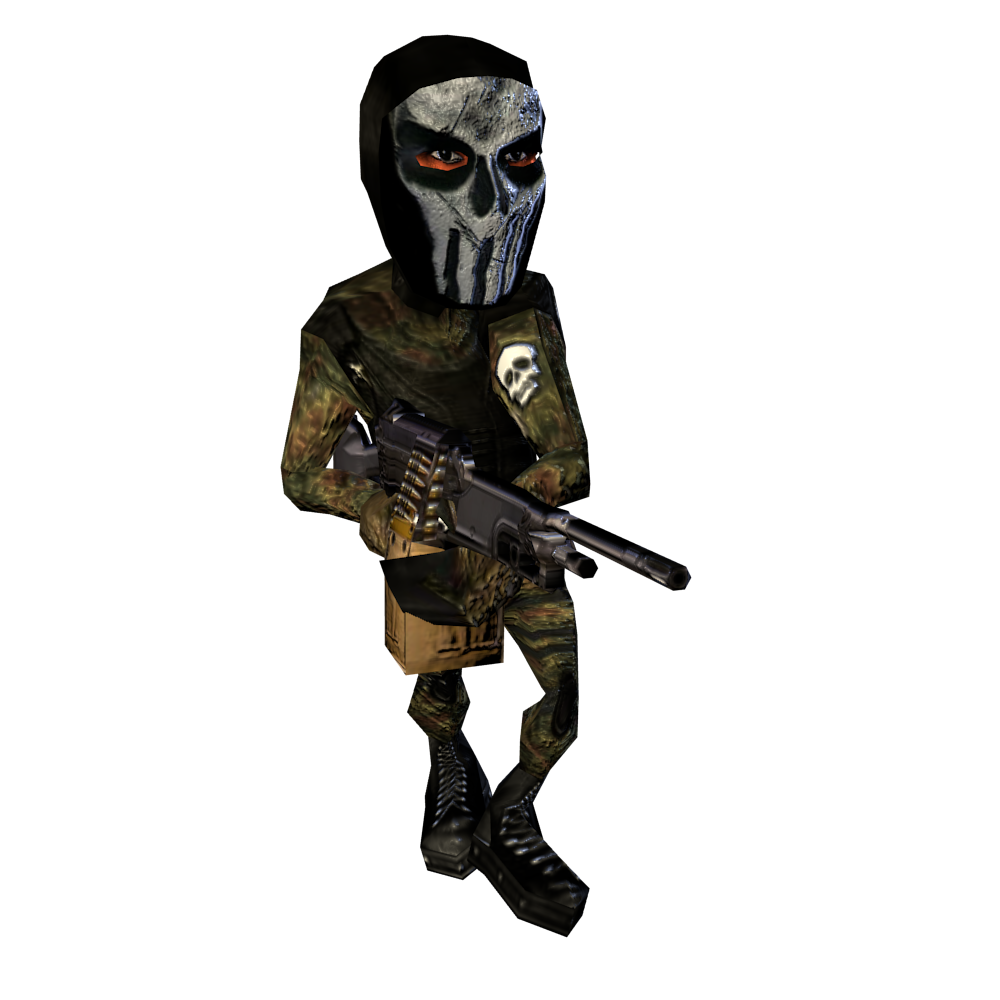 You don't want to mess with this guy, he's carrying a heavy machine gun, which makes him slow in movement, but their rate of fire is pretty fast. It's about perhaps 10 - 15 shots in a sec. He can shoot from a pretty far distance, so sometimes you can only see bullets flying around you. He moves very slow, and it's the slowest unit in the game. The reason for this is because he is also wearing heavy kevlar armor. This unit is pretty hard to kill, so maybe you want to keep your distance and just shoot him from a far.